I can’t believe we are already halfway through the year!  It felt as if I just celebrated my 22nd birthday last year, and here I am 2 months shy away from my 23rd. And in between these two numbers, I looked back in my life, assessed my self and my relationship with people and came up with this list of what I realized and learned in the last 10 months.

1. What people says about you says more about them.

I admit, I am a people-pleaser. I always put my best foot forward around people. I always want to leave good impression. But after that, when my best foot is not in front of me, I’m just my usual self, a flawed human being. So when I hear negative things being said about me, I get easily affected. I let it define me, let it set my mood, let it consume me. There was a time that I tweeted something to my defense, because someone who barely knows me, posted something really mean about me. The thing is, people who picks on other people are insecure. They have problems with themselves. Maybe they were not hugged when they were little or they were not given attention when they were young. I learned that whatever people say about me doesn’t reflect me at all, but them. Above all, it is I who know myself.

Note: This is different from healthy criticisms. I know how to accept feedback about my work or performance. But it is different when they’re trying to judge the way I live my life.

2. Remove toxic people from your life.

The relationships that we should keep in our life are those that would help us grow. If someone is causing you stress or is not, in anyway, contributing anything in your life, you can let go of them. Friends are supposed to be the family that you get to pick. If you have a friend that, you feel, violated you in any way, then maybe they don’t deserve to be part of your “family”. Learn to let go. Because life is more fun to spend with the people who love you. Avoid drama. Avoid complication. Avoid toxicity.

Confession to make: I used to be a chain smoker. I can finish a whole pack in a day, half pack in one sitting. And I can do it everyday. And I’ve been smoking for 6 long years. Then I quitted last February, cold-turkey.

When I stopped, I actually got sick on the first week. I’ve had fever, colds and cough. Then after a while, I realized I eat more than usual. Then during coffee night or drinking hours, I find myself wanting to light one. All of these are side effects of quitting.

But why did I quit? It was actually the time, when the news about Jamich (a couple wherein the guy found out he has lung cancer), came out. I realized that the last place I ever want to be in is in a doctor’s office, advising me that I have a lung cancer (or any cancer). Because in that situation, you can’t do anything but fight it. You will look back and realize, “ano ba talagang nagawa ng yosi sakin?” I don’t want to reach that point where I can’t do anything about it. So before anything can happen, I decided to stop. Prevention is better than cure.

4. If you can’t change something, change your perspective about it.

Our mind is the most powerful part of our body. Like what they said, “what you think you, you become”. And I seriously don’t know what that means before. Until lately, when I was failing work. I tried to reassess myself, asked myself why I am no longer motivated, why I hated work. There are lot of things I cannot control, the decision of the management, the people around me, thoughts and opinions of people. But there are also things that I CAN. My actions, my words, my thoughts. When I changed the way I look at the things around me and try to understand why certain things happen, life and work became easier to deal with. Because in all honesty, it is all in your mind, it is all in the way you look at things. This is not just applicable for work, but in all aspect of our lives. If you can’t change the fact that your boyfriend cheated on you, change the way you look at it. Understand that there might be some things that you lack in the relationship, change what you can in yourself for you to be a better partner. And ditch that a-hole, immediately!

I am competitive. One fact that is not unknown to people who know me. I love the challenge, the struggle, the hardwork you put in it, the win and the prize after the win. I’ve been secretly competing with people, and wanting to exceed their accomplishments. Sometimes I win, sometimes I fail. But then I realize that I shouldn’t make other people my standard, I shouldn’t compete with them because we have different experiences, priorities and values. Instead, I made myself my standard. I strive harder, make sure to exceed my previous accomplishments. It is a healthy competition. No losing, I win everytime. And the prize is not usually tangible, but experiences and the promise of better things ahead.

6. The only person you can control is yourself.

(In relation to #4) When I started reminding myself about this, I realized that life is not really complicated. What people say and do are beyond my control. What I can only control is how I will react. So don’t be mad if things don’t go your way. You are just part of this world. People will act the way they act, and say things they want to say. You just do what you think is right for you. And if people start questioning your actions, if it doesn’t concern them, you don’t owe them an explanation. Live your life according to your values. This world is not like SIMS, you don’t control other people. You can only control yourself.

7. Don’t tell someone that they are getting fat after some time that you haven’t seen each other.

That is just rude, man. But I was guilty of this. When I see someone I’m friends with (read: not close friend), I would comment on how they look, whether they look thinner or fatter, I blatantly say it in their face. Insensitive, I know. But I realize that yes, it is rude. The other person is not requiring you to comment on how she looks. So unless you will say something nice, just shut up. Because the other person, most likely know it already, and the last thing she wanted to hear is you pointing it out in her face. 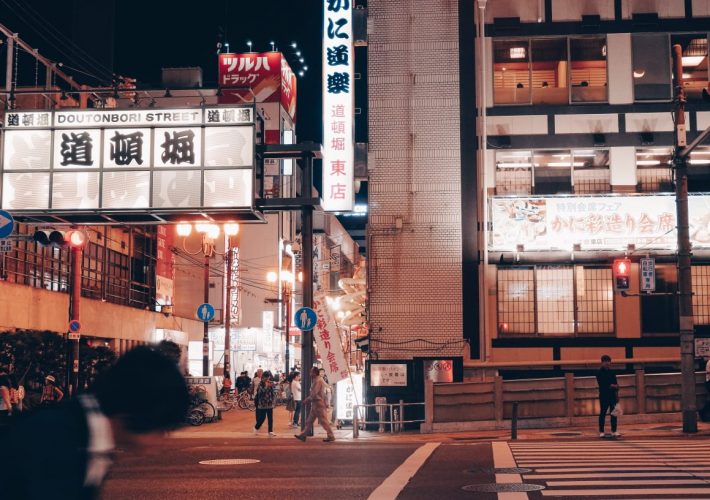